What Does Google's Potential Acquisition Mean for the Travel Industry? 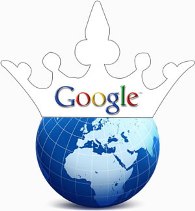 The Web has recently been bombarded with rumours surrounding the possible transaction between Google, Software Company ITA and their rumoured 1 billion dollar deal.

Relatively unknown until last week, ITA is a software company whose products are used to book online air fares and track seat availability and costs.

The importance of this type of deal to Google is enormous, evidenced in the price tag they are said to be willing to pay for an acquisition of ITA: asking price, approximately $1 billon. Not far behind the $1.65 billion the search giant paid for YouTube in 2006.

While ITA has kept a low profile amongst consumers, the company has reported to generate some 65% of online booking via different household company names such as , Fly.com, Hotwire, Orbitz, or TripAdvisor to name a few.

This take-over would see Google elevated to one of the leading players in the travel “meta search market” which according to recent online research, is rapidly becoming travellers' preferred way to book tickets.

In addition to this, ITA software would allow Google to create a somewhat "monopoly" over the online industry, having itself (and its subsidiary companies and products) in every avenue of online travels.

The deal would give Google the tools to offer instant fare information next to search results for flights. With this development alongside the recently integrated hotel price listings in Google Maps, the efficiency and simplicity of using Google to book all your travel needs is almost too good to be true.

There has also been discussions around the potential of more advanced bookings being integrated into Google using ITA software. Such discussions include the ability to plan trips based around event listings in select cities, also utilising other Google Applications such as Google Calender. Such advanced choices for online travellers would give Google the chance to “provide richer information on departures for travellers through its portal and location-based offerings”.

There is yet to be any confirmation from either Google Inc. or ITA, however one thing is for sure. If this take-over goes ahead the online travel industry should prepare itself for some major developments.