After Promoted Accounts last month, Twitter will now be expanding its ad platform to the individual streams of its users with Promoted Tweets. 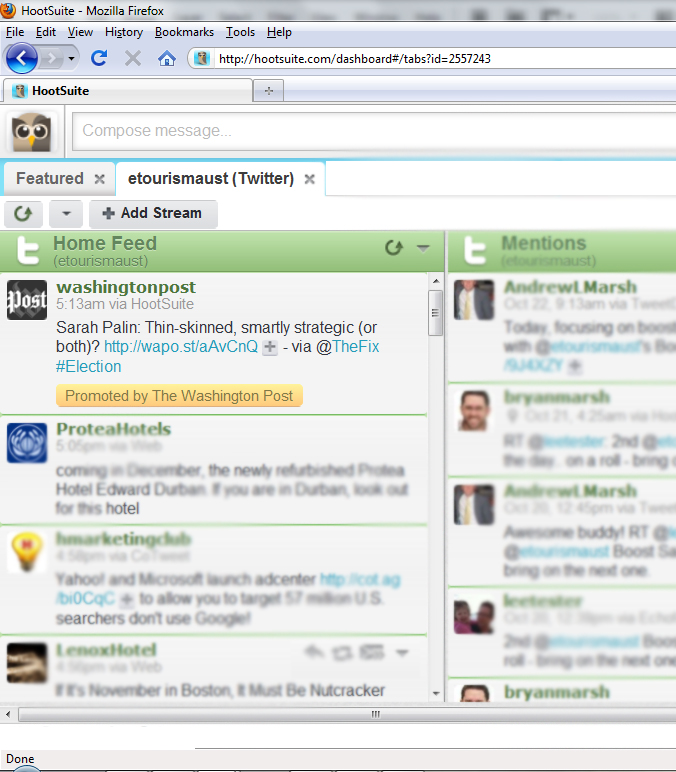 Starting today, the new ads will be targeted based primarily on keywords and will only be shown to users if it is relevant to them.  The Promoted Tweets’ relevance to a particular user is determined based on who they follow.  For example, if your resort is running an ad on Promoted Tweets, it will only show up in timelines of people who are following travel and hotel-related users.

The microblogging service launched its ad platform last April in order to begin monetising its 175 million users. Twitter first included ads in search result pages, but then launched ads in trending topics. Last month, Twitter unveiled Promoted Accounts, which advertises a brand’s Twitter account in the website’s “Suggestions for You” feature.  Twitter is beginning its tests with the third-party HootSuite then to TweetDeck and finally to the main Twitter timeline.

According to AdAge magazine, the first advertisers to use the service include Virgin, Starbucks and Red Bull. HootSuite said pro account holders will have an option to turn off the promoted tweets.

While most of the company’s users utilise search and trending topics sparingly, every active user is exposed to the stream of tweets from their friends and preferred brands. It has the potential to generate millions in revenue for Twitter, but it has the danger of alienating and confusing its users.

In the end, Promoted Tweets may be a little risky than other forms of advertising.  Your resort is facing two possible scenarios: 1) reach a wider audience (175 million!) and possibly gain more followers or 2) annoy users with your promoted tweets and lose them as prospective guests.

Are you willing to take that risk for your resort?