Sometime around the end of last year, rumour had it that email was somewhat dead.  What? It can’t be? Exactly! It is in fact still very much thriving, which means for us, that email marketing is still an extremely powerful tool to connect with guests and clients alike. Hooray!

Below we have compiled a list of both Australian and United States Email Marketing Stats from 2012 – an interesting insight to see what is happening in the big wide world of email and email marketing.

Only just slightly higher compared to the second half of 2012 were Unique Open Rates. What is a Unique Open Rate? When a contact either - views the email in the reading panel, clicks to open or clicks on a link within the email itself, this is classified as a ‘Unique Open’.
(Source: Vision 6) 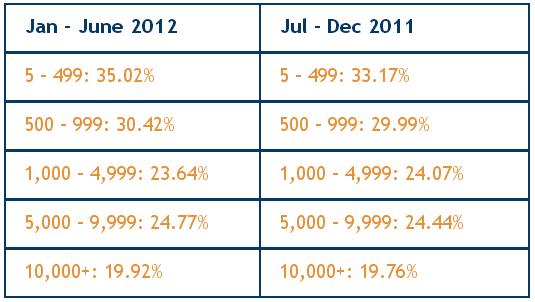 It seems the smaller your database segment is, the better chance you have that recipients will be opening your emails. As shown above, smaller databases performed slightly better than larger ones. (Source: Vision 6)

In the first half of 2012, the Hospitality and Tourism Industry reported increased open rates of +1.11% compared to the second half of 2011. (Source: Vision 6)

Across all industries, domains and send volumes – Unique Click Through Rates were up +0.02% in comparison to the second half of 2011. This stat is based upon the first time a recipient clicks on a link only. (Source: Vision 6)

Opens, CTR & Emails Sent by Day
By the look of this graph, it seems it’s your choice to which day you send your emails out with all days being pretty much on par with each other. Although as stated, Thursday is the day which most emails are sent with Tuesday and Wednesday sneaking up close behind. 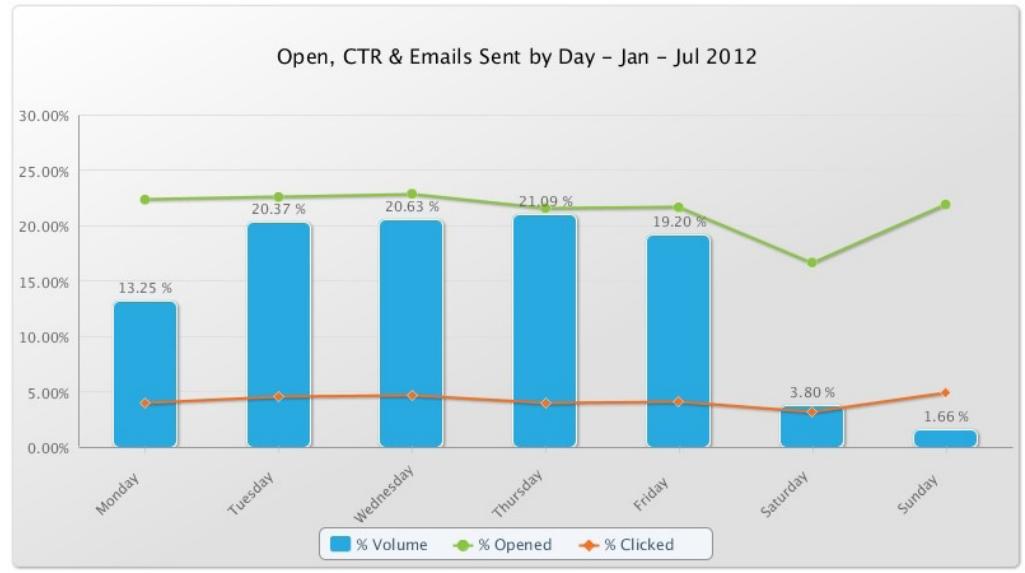 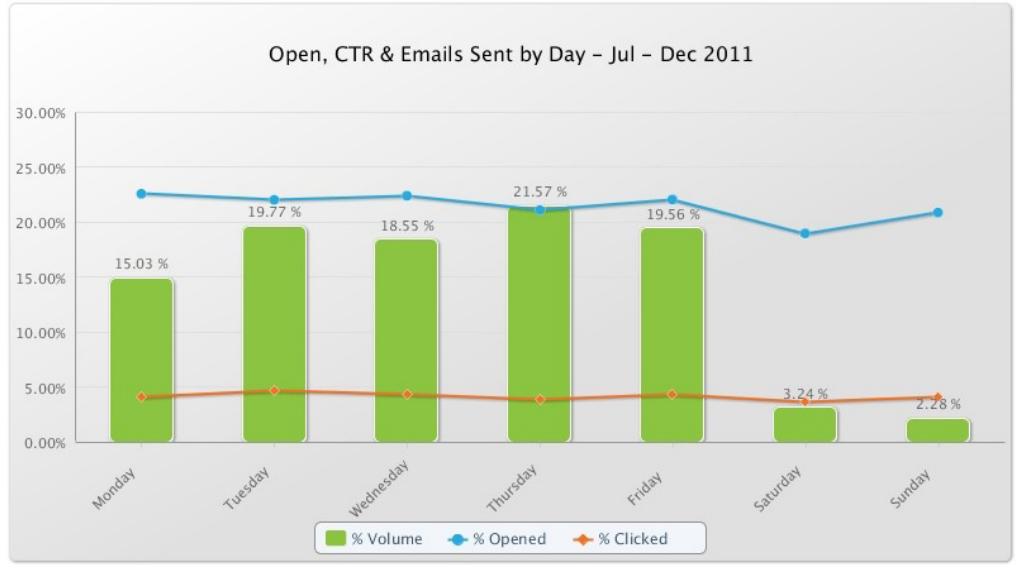 Now, how about some stats from across the globe?

- Discount terms in subject lines performed below average. 'Sale' was above average in opens at 14.4%. Others such as % off, discount, free, half price, save, voucher, early bird, and 2 for 1 all came in below-average. (Source: Adestra July 2012 Report)

- Subject lines fewer than 10 characters long saw an open rate of 58%, 38% higher than the next highest open rate, for subject lines of 50-59 characters in length at 42%. (Source: Informz 2012 Email Marketing Benchmarks Report) 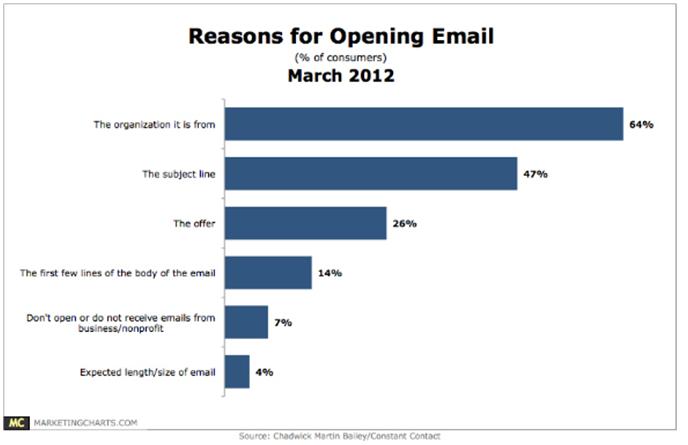 -64% of people say they open an email because of the subject line. (Source: Chadwick Martin Bailey)

- ‘Not being interested in an email’ was the most common reason for not opening an email at 61%, followed by ‘getting too many emails’ at 45%. (Source: Chadwick Martin Bailey, 2012)

- 25% of people complain they dislike all the marketing clutter they get, but 40% claim to enjoy getting marketing emails from favorite brands and deal services each week. (Source: 2012 Blue Kangaroo Survey on Marketing Emails)

So that is the world of email marketing as it stands. As it evolves and so does your company or business, keep in mind that it might be an idea to segment your database and produce more specifically targeted email campaigns to achieve the best results.