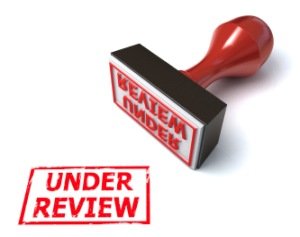 Fake online hotel reviews have been around as long as the web itself, fuelled by unscrupulous marketers seeking to drive bookings, or perhaps simply trying to stay afloat in the fiercely competitive digital world.

But a recent crackdown by US authorities could give review sites the shock they need to put an end to this deception for good.

The New York State’s attorney general office has recently ordered 19 companies to pay fines totalling $350,000 for the misleading practice of creating fake reviews. These companies were found to pay writers from Bangladesh, Eastern Europe and the Philippines to lavish praise on places they’d never been to on sites like Google+, Yelp, Citysearch, Yahoo and others.

Speaking to the New York Times, Attorney General Eric Schneiderman said “What we found is even worse than old fashioned false advertising. When you put up a billboard, you can tell it is a paid advertisement – but on Yelp or Citysearch you assume you’re reading authentic consumer opinions making this practice even more deceiving.”

The investigation focused only on New York based companies, but the message that such behaviour is now a target for law enforcement is likely to have a much wider reach.

Review sites like TripAdvisor have already taken a zero tolerance stance against fake reviews and will immediately remove those they suspect are not real, push the property in question down the rankings, and even slap a ‘badge of shame’ message on the hotel’s listings to alert travellers of the malpractice.

Numerous studies have shown the correlation between consumer reviews and increased sales, particularly in the hospitality industry. With so much at stake, it will come as little surprise to anyone that there are people out there trying to beat the system.

Although the battle against unethical behaviour in the online sector is likely to continue for some time, the news that the biggest review sites are being forced to take a tougher line on screening fake reviews will be welcomed by anyone committed to earning their online reputation through hard work and great customer service.

What do you think of these developments? Let us know in the comments.