Why Your Resort Needs To Invest in Google+ 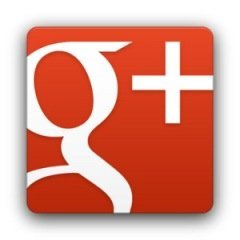 With 29 million unique visitors on desktop every month, and 41 million on Smartphones, Google+ has doubled in size year over year. Despite these figures, it’s still a relatively small social network in terms of membership, not least when compared with Facebook’s staggering 1.23 billion users worldwide.

This ‘smallness’ is great news for your resort’s marketing campaign. It means there’s still room to find an audience and connect with them – there’s far less noise, so it’s easier to form meaningful relationships with your guests.

And unlike other social media sites that soar to success and fall away from popularity just as quickly, Google’s own platform isn’t going anywhere. Still not convinced? Here’s why Google+ is here for good.

When you consider how much care Google has taken to incorporate its social media network into its other products, it’s clear that the platform is going to be around for the long haul. However, longevity isn’t the only reason you should consider signing up if you haven’t already. With new features being constantly added, Google+ is opening up some pretty valuable marketing opportunities that have never been available before, including Google+ Post ads, and Auto Awesome, a new feature which allows you to build creative gifs and videos to show off your property. Add in the segmentation power of Circles, and the fact that Google is still the first page of the internet for the majority of people worldwide, and it makes sense to invest now and reap the rewards in the future.

Has your resort established a presence on Google+ yet? Let us know in the comments below!